Pauline Roussin-Bouchard shot two-under 69 to take a one-stroke lead into the weekend of the Jabra Ladies Open. Diksha Dagar is in T23

LET Report, 25 May 2019: France’s No.1 amateur Pauline Roussin-Bouchard is one stroke clear of the field heading into the final round of the Jabra Ladies Open in her attempt to win the dual ranking Ladies European Tour and LET Access Series event and qualify for the Evian Championship.

The 18-year-old from Toulon shot a second round of two-under-par 69 in warm and benign conditions at Evian Resort Golf Club on Friday for a 36-hole total of five-under-par ahead of England’s Annabel Dimmock, with Germany’s Olivia Cowan two strokes further behind in third place.

Diksha Dagar shot one-under 70 to move to T23 at the halfway stage. Astha Madan though missed the cut at 10-over par. Diksha is five-over after two rounds. 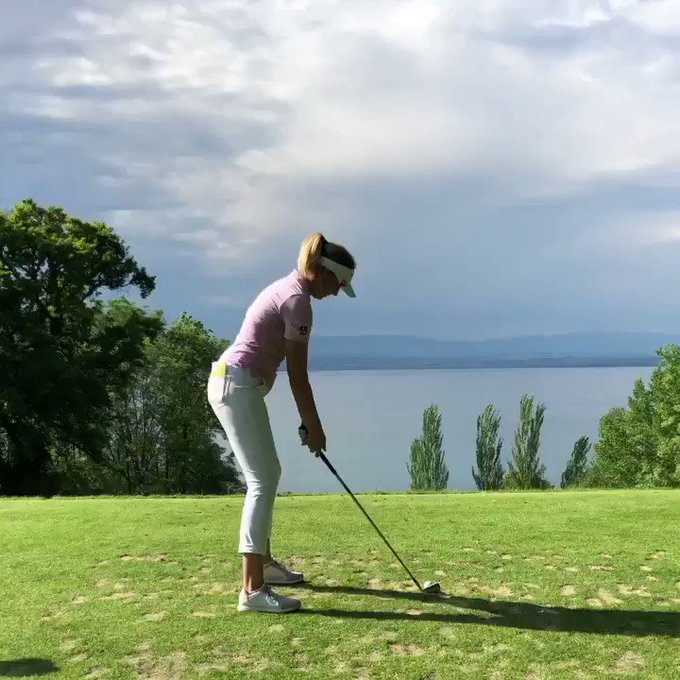 Roussin-Bouchard, who is a member at the Evian Resort Golf Club, began at the 15th hole and bogeyed the 17th but quickly recovered with a birdie on the par-5 18th. She carded another bogey on the fifth, but had three further birdies on the fourth, seventh and ninth holes, ending with a satisfying par on her last hole, the par-3 14th, where she hit a perfect flop shot from behind the green.

She said afterwards: “It was great. I actually didn’t play as well as yesterday because I missed a few shots over the first 12 holes, but I managed to putt well and had lots of up and downs.  The greens were a bit faster so when you had a downhill putt, it was very fast and you needed to manage it, but it was a bit like yesterday, so good.”

Roussin-Bouchard was thrilled that her parents had surprised her by asking her brother, Hugo, a 2-handicapper who is four years her senior, to come and caddie for the final round.

Should she win the dual-ranking event, she would become the first amateur to win on the LET since Atthaya Thitikul in the 2017 Thailand Championship aged 14, although 17-year-old Swiss amateur Elena Moosmann won the VP Bank Ladies Open on the LET Access Series three weeks ago. 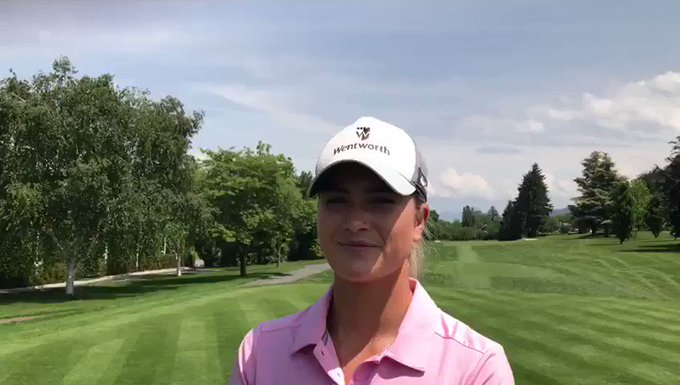 .@AnnabelDimmock is heading into the final round on -4 & is enjoying the challenge of the longer course set-up this year

Dimmock, whose best finish in three years on tour was third in the 2017 Lalla Meryem Cup, is also looking for a breakthrough victory and was pleased with a second consecutive round of two-under-par 69.

The 22-year-old from Buckinghamshire said: “It was pretty steady. I had a blip on 14 and made a double but I didn’t lose my head. I just kept in there and bounced back with a birdie on 16 and then 18, the two par fives.

“It’s really challenging if you don’t hit it in the fairways. My goal going out tomorrow is to keep hitting the fairways because into these greens, you’re hitting some long clubs and from the rough you can’t control it. It’s challenging but I like it and I think playing it slightly longer is good.”

Following Saturday’s third and final round, the leading two players not otherwise exempt will qualify for the Evian Championship, which is the only major in continental Europe and takes place in July.

Anand Datla is an experienced columnist on sport. He is the Senior Editor at GolfingIndian.com. He has an endearing relationship with sport spanning over three decades. Anand travels and writes extensively on Indian and international golf.